Sawyer Jeong, located in Hwango-dong, Gyeongju-si, is located between Gyeongju’s representative historical sites and Hwangridan-gil, the most developed commercial district. Unlike a traditional hanok, it is a project that remodeled an old, improved hanok, which was the living environment of the general public, into a private stay, and was inspired by the quiet Hwango-dong. 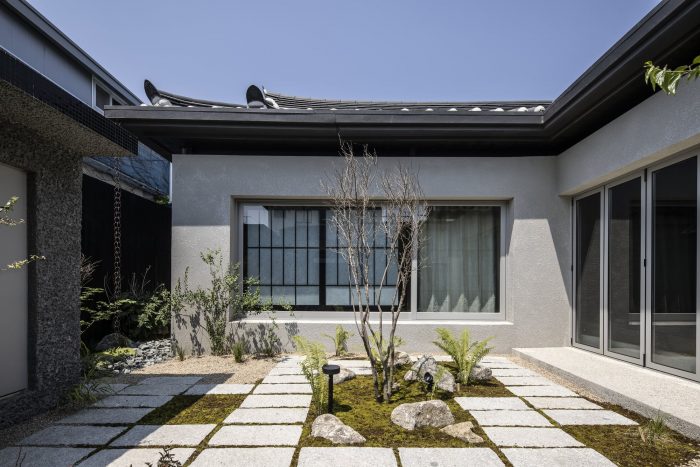 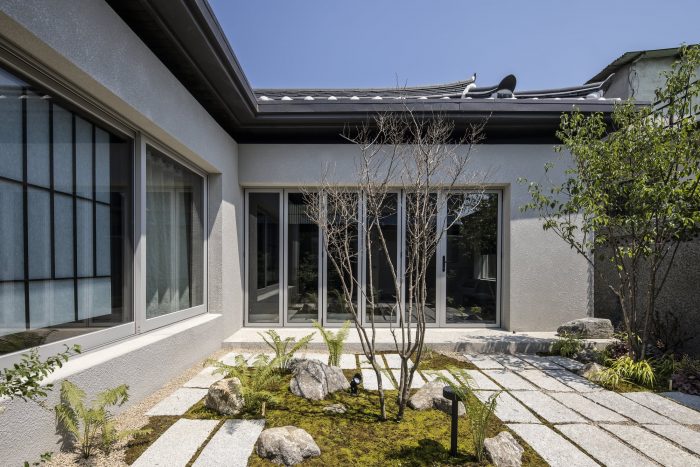 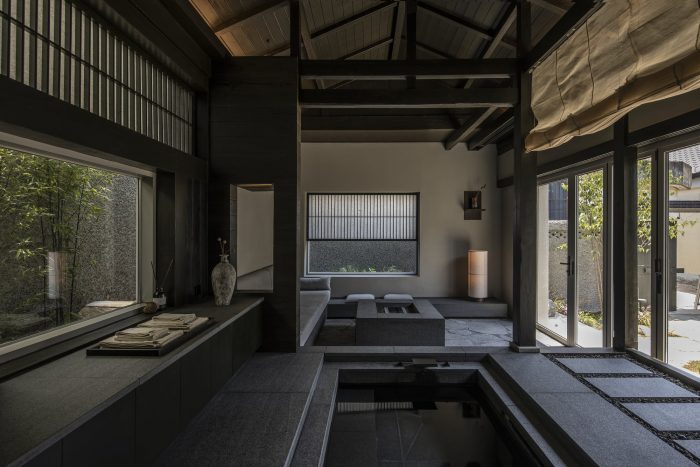 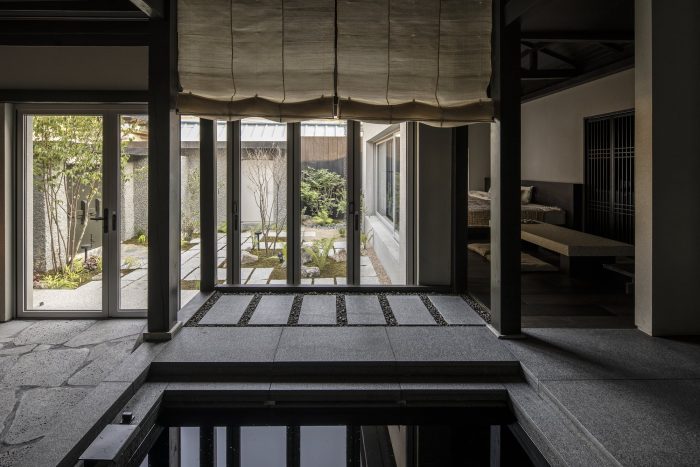 First, in order to solve the corrosion of the base end of the wooden structure and the deflection of the member, the member close to expansion and contraction was replaced. The rafters and the upper part of the soil and roof tiles were all demolished and reconstructed, and the beams, columns, and lintels were partially replaced. The internal structure of the roof was finished with rafters and louver covers to preserve the appearance of a rough roof that is closer to a general wooden structure than a hanok. 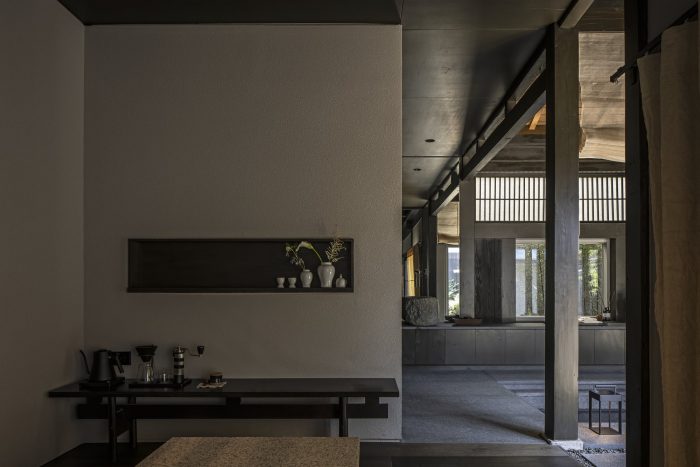 As it is an improved hanok that has been adapted to the life of the time, it is focused on change rather than tradition. The finishing materials were replaced while maintaining the shape of the walls and gates that reveal the times, and the exterior walls of the main building were boldly covered with structural materials and finished in a modern style in consideration of functionality and usability. 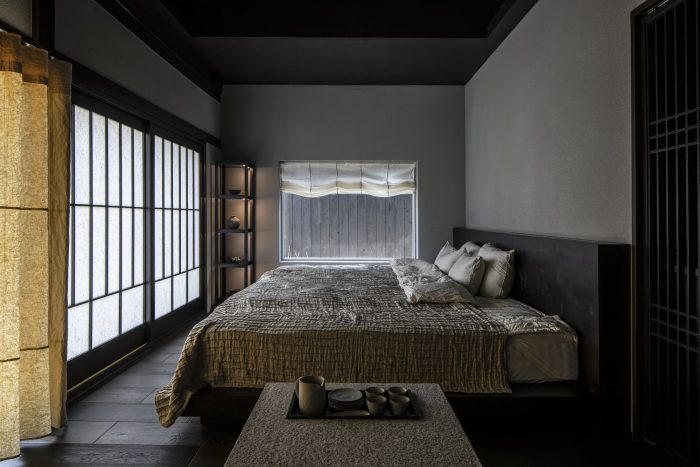 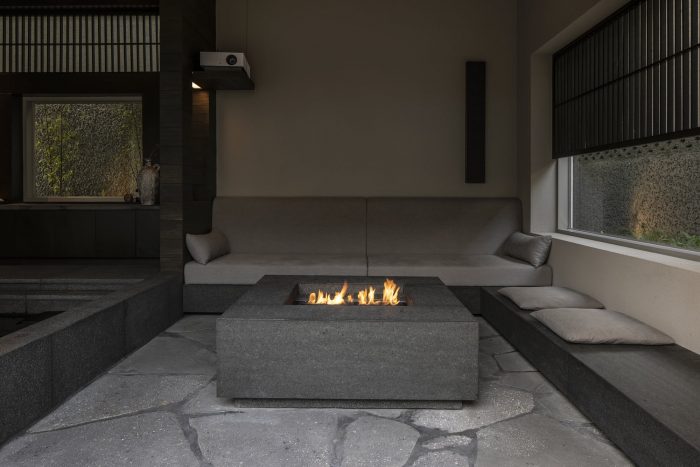 The interior space was planned as a plan using the concept of a hanok kan. With the Daecheong as the center, all the non-bearing walls that were divided into rooms were removed to make the entire space an open structure, placed together.

The first living room facing each other has a lowered floor so that it is on the same level as the outside. The living room, extending from the courtyard, is a space that has both exterior and interior characteristics. It has an alcohol stove and a projector, and you can open the door at any time and go out to the outside garden. The stone bathtub is connected to the living room so that the stove and the beam projector can be used together, and it has the best view of the courtyard. In front of the bathtub, a corridor leads from the entrance, and the small journey begins. 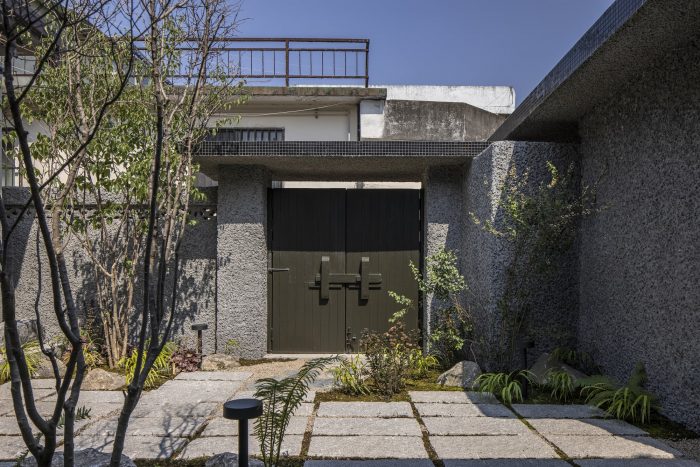 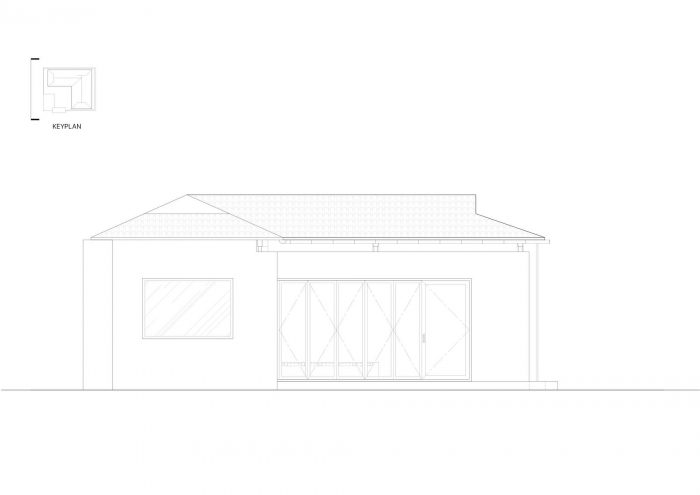 Sawyer Jeong is located very close to major tourist attractions in Gyeongju, which has a high population density, but it is an old space that seems to be hidden. It is a place where you can experience a new type of hanok while maintaining the atmosphere of a typical improved hanok with a retro look, and it shows another aspect of traditional architecture that changes into various forms. 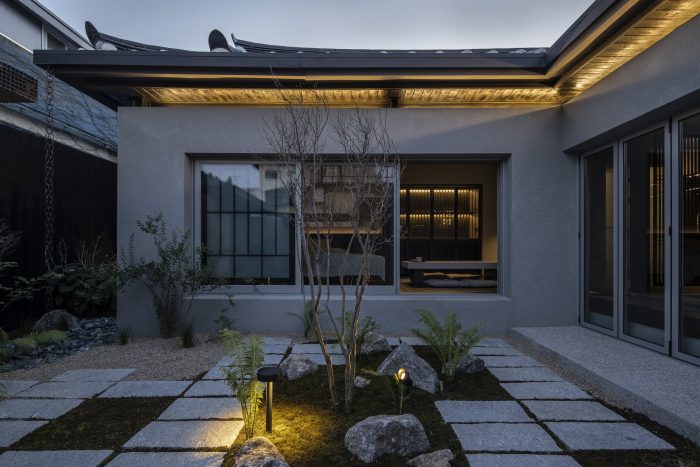 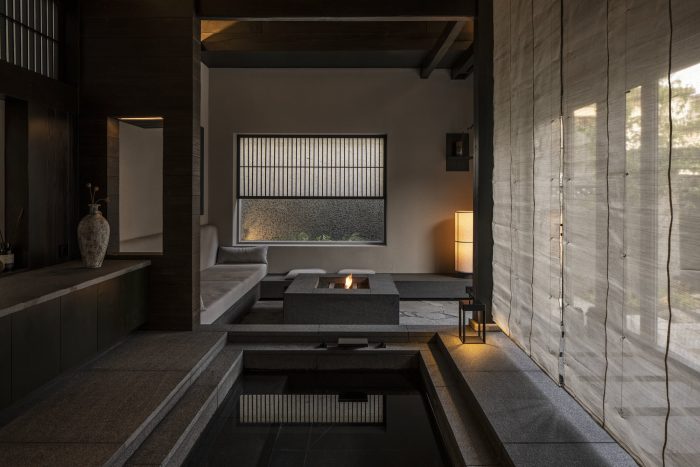 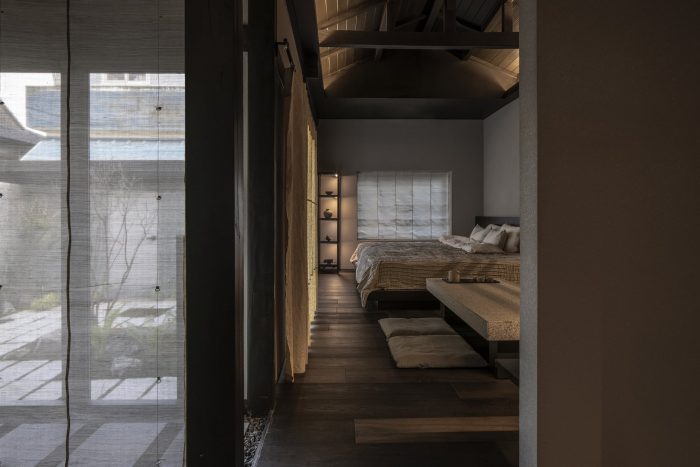 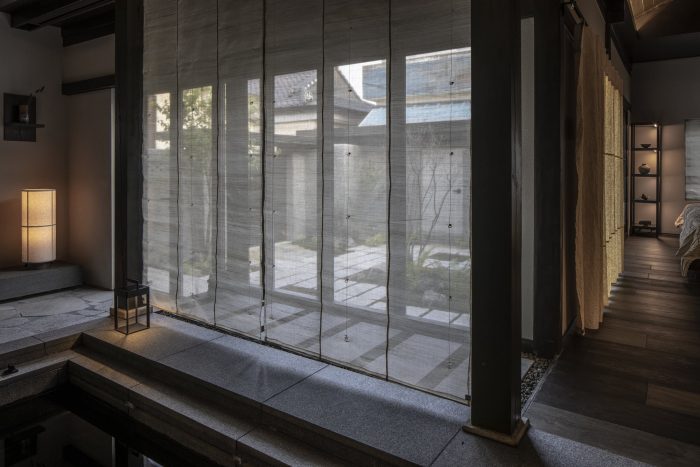 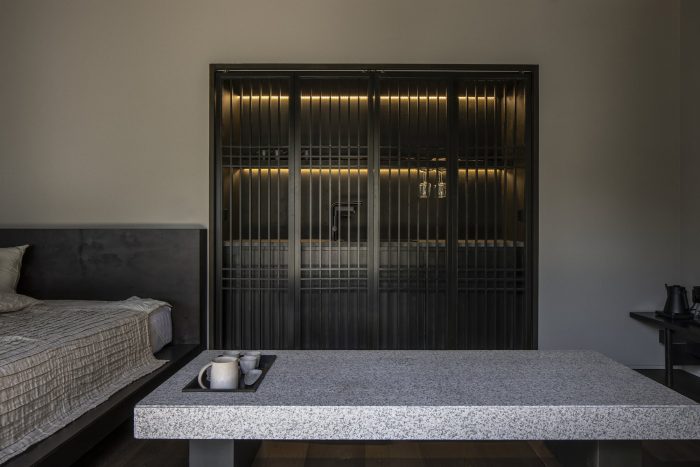 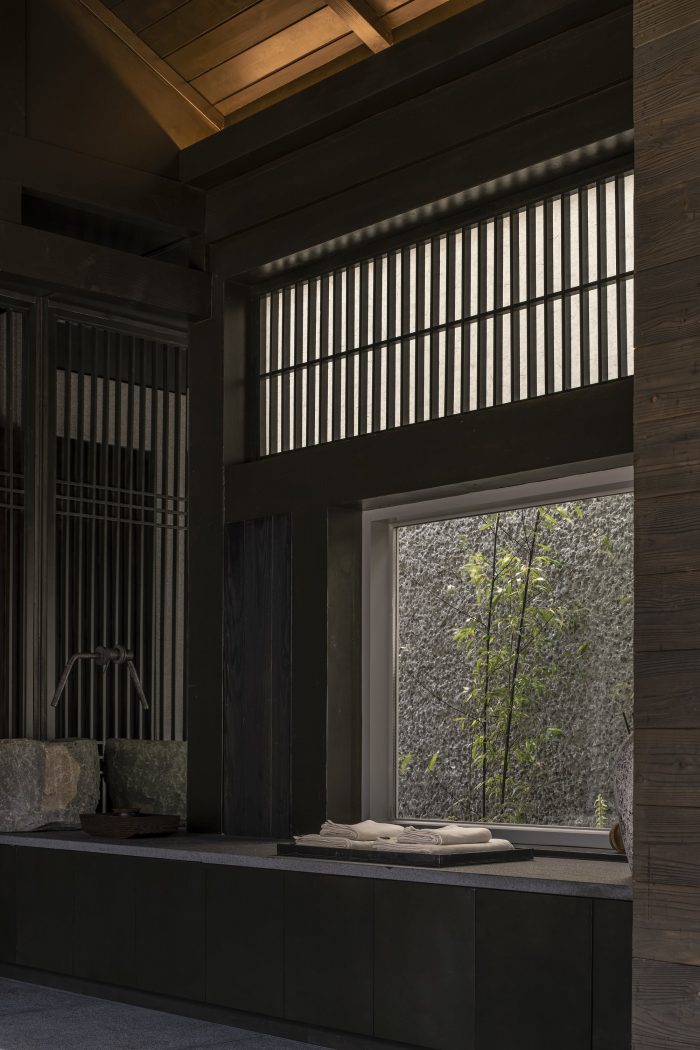 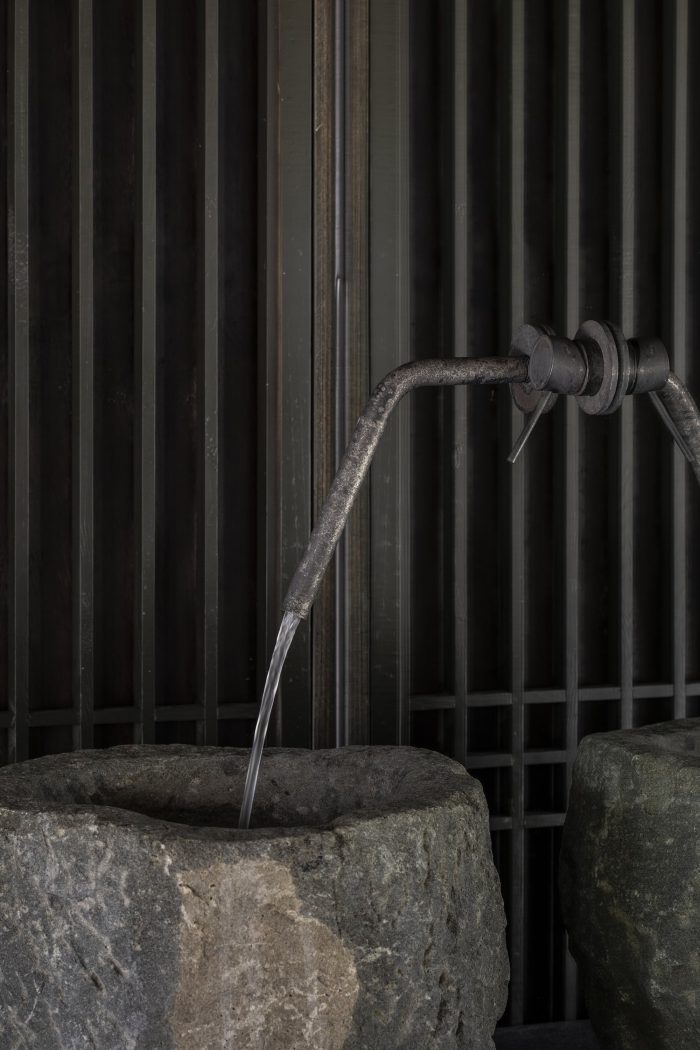 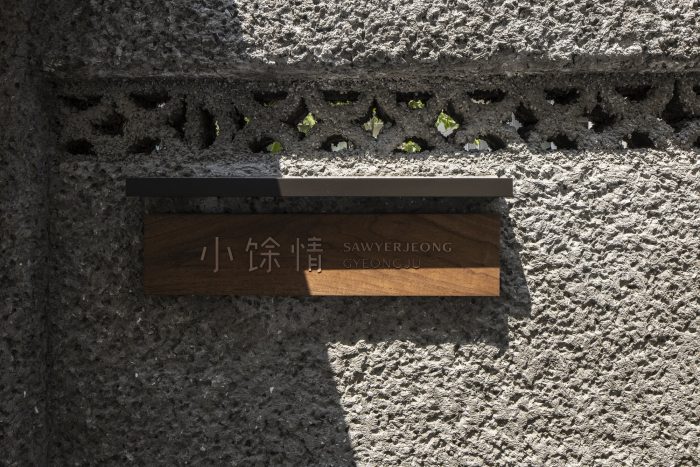 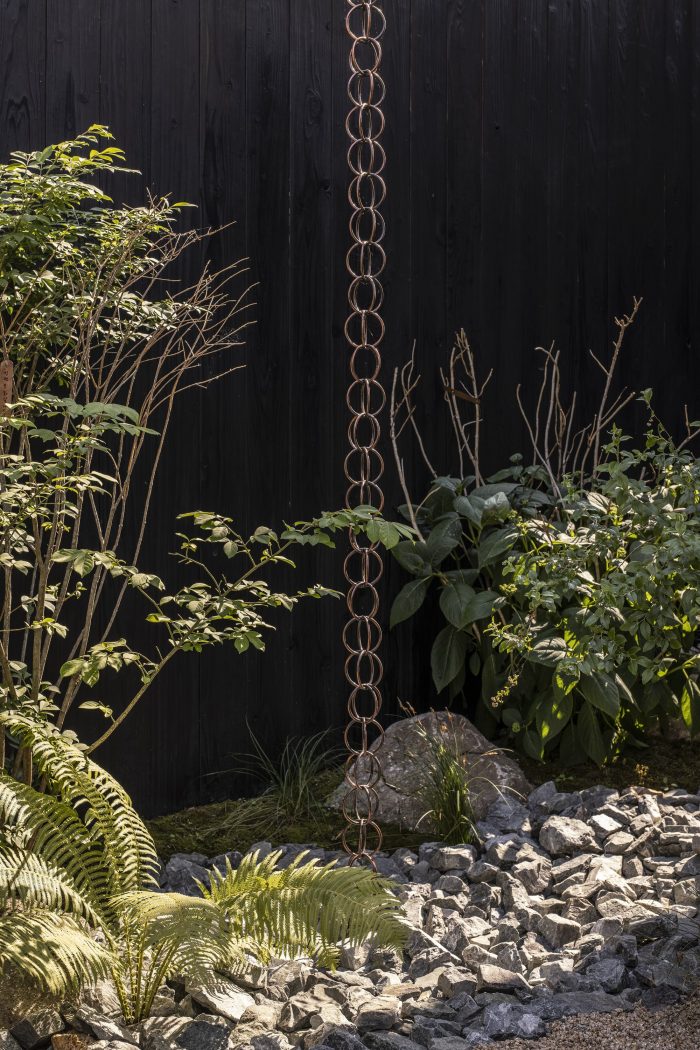 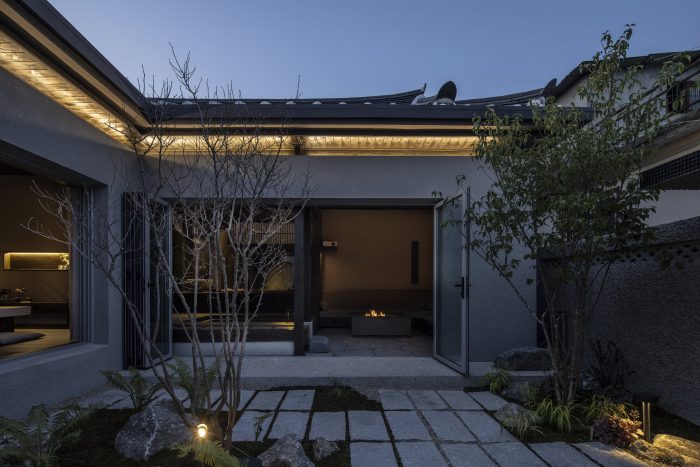 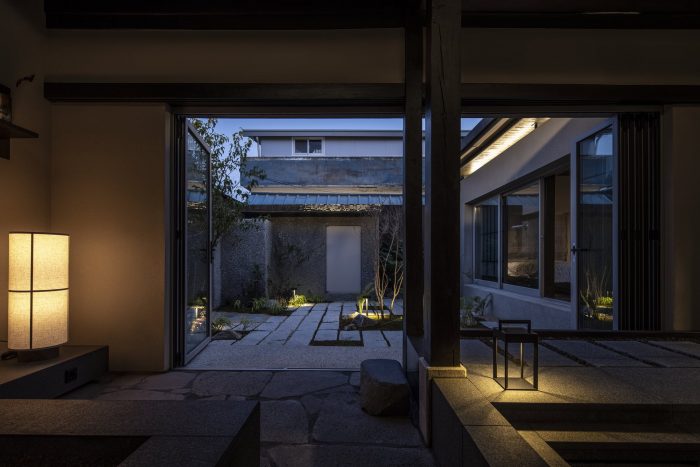 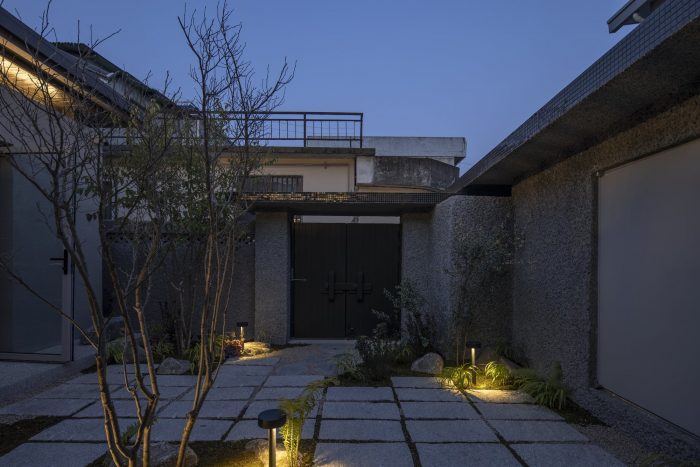 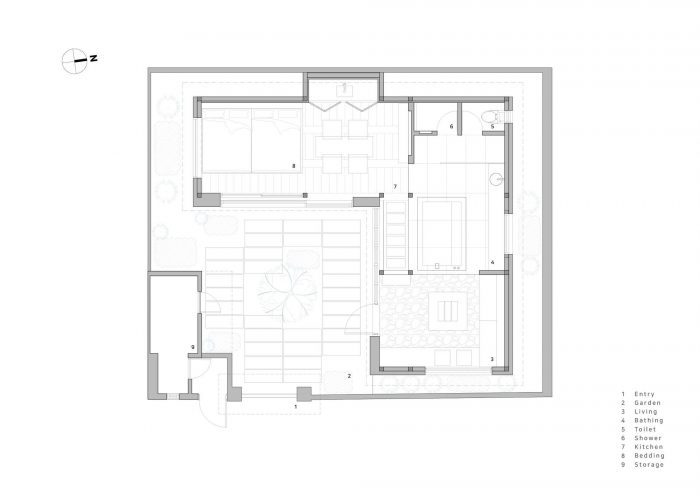 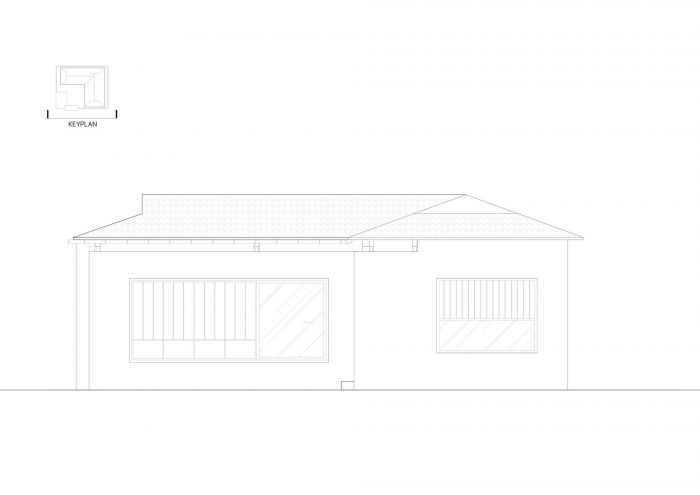