Untitled House is a minimal residence located in London, United Kingdom, designed by Szczepaniak Astridge. A foundation, a floor slab, a column, a ceiling and a bath become the concrete sculpture. The inspiration for the vertical void from ground floor kitchen sink to first floor bathroom was Gordon Matta-Clark and his experiments in New York abandoned buildings. The void enabled a connection between eating, cooking and bathing for the couple who occupied the house. The new ground external façade was designed as moving piece of timber joinery that can be controlled depending on the weather.
With a large overhang to protect from the rain the door pivot centrally and lock into the metal framework when open. This facade was subcontracted out to Assemble. The bathroom was designed as a place to bath, away from the distractions of modern life, another world. The concrete finishes were complimented with a salami stone to form the sink and the base of the bath. Assemble – the Turner Prize winners – worked on this project as joinery sub-contractors. Appointed directly through the client and working to designs by Szczepaniak Astridge, Assemble built the timber facade at the rear, which opens on to the garden. 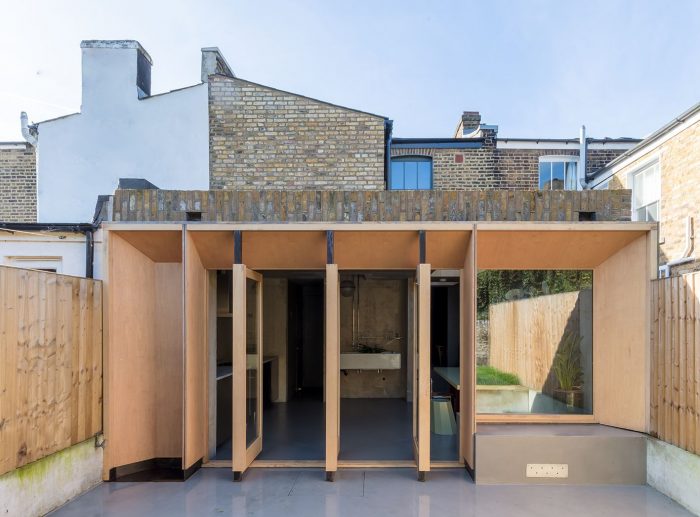 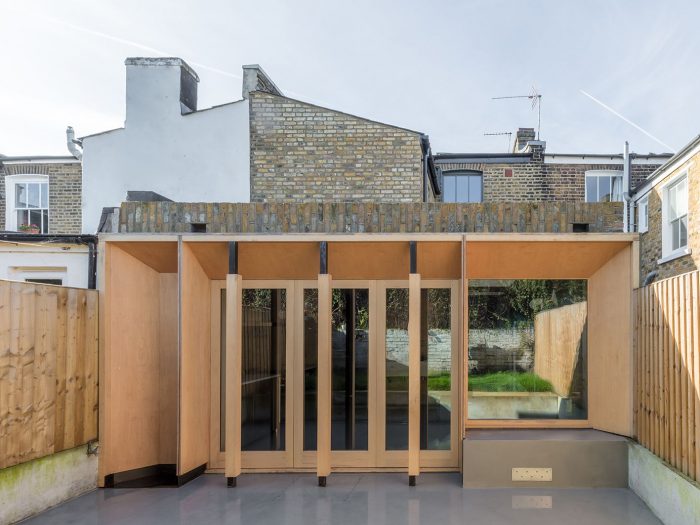 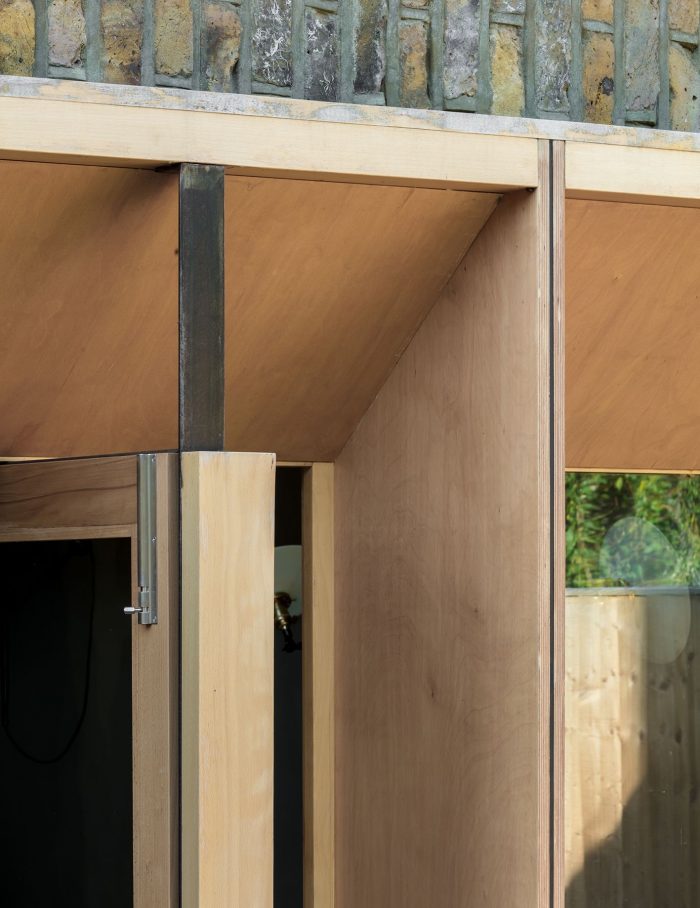 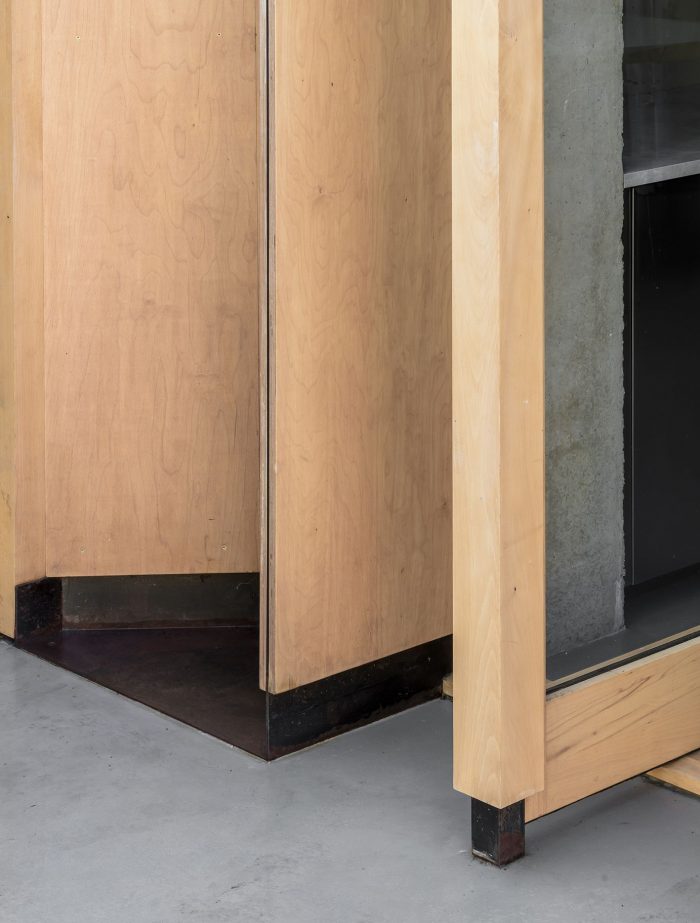 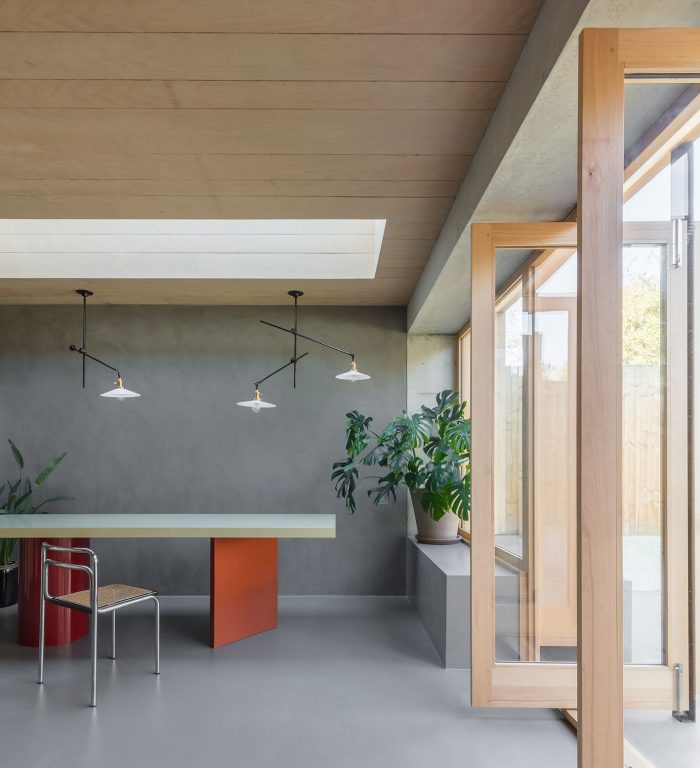 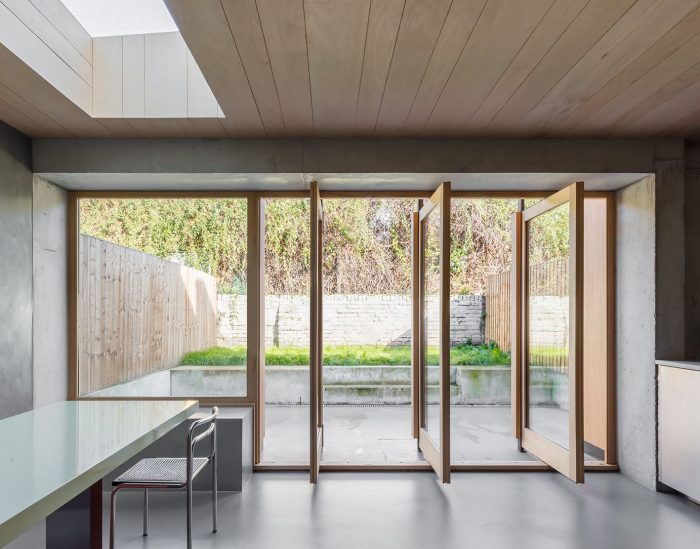 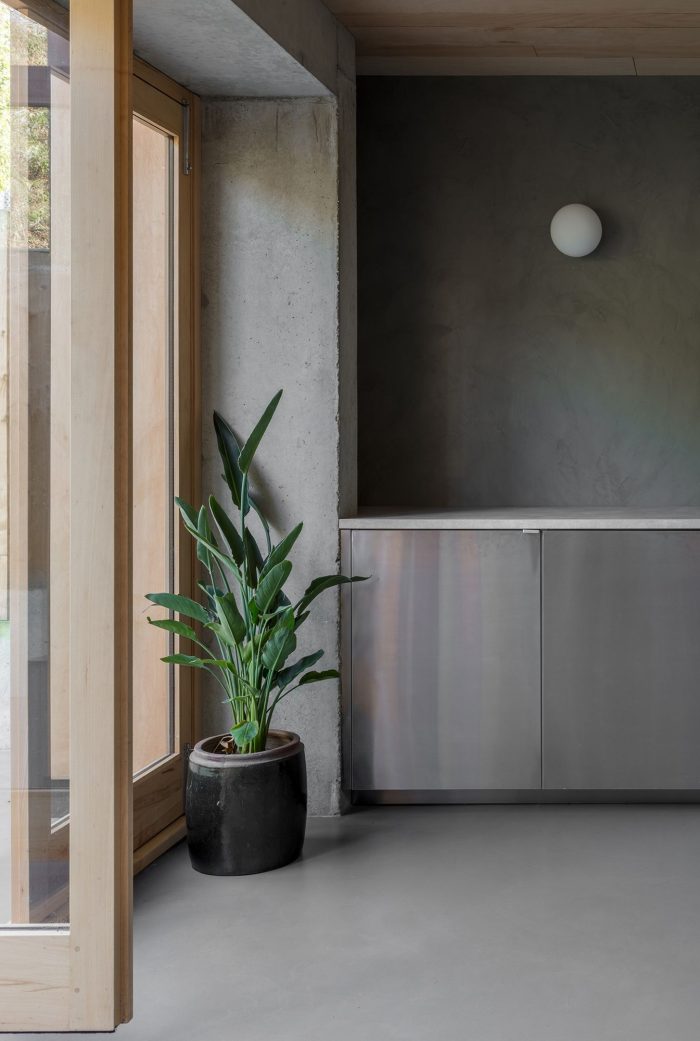 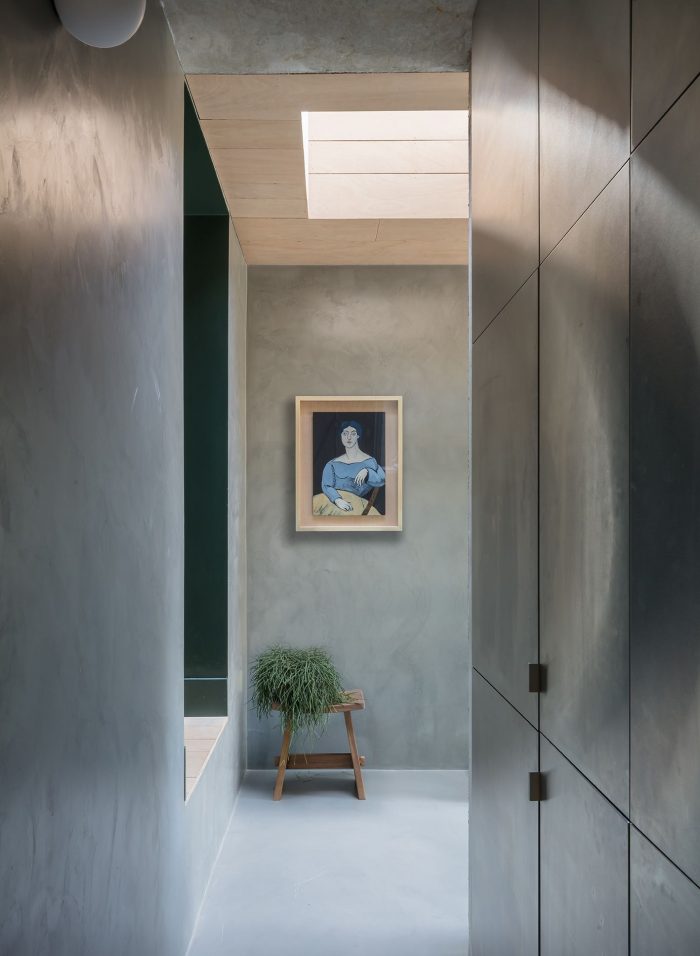 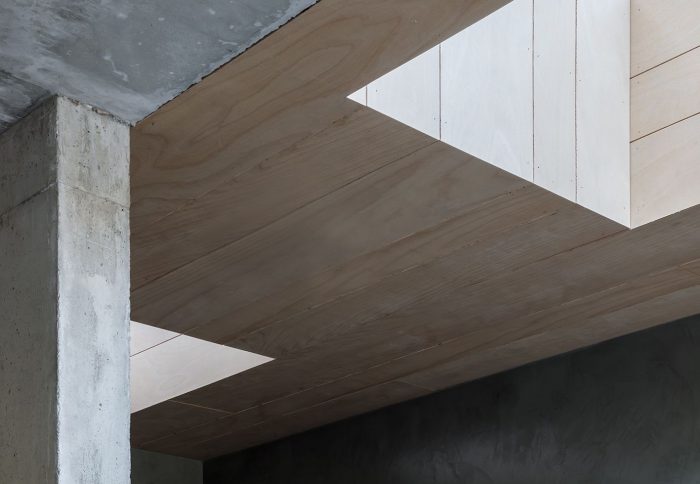 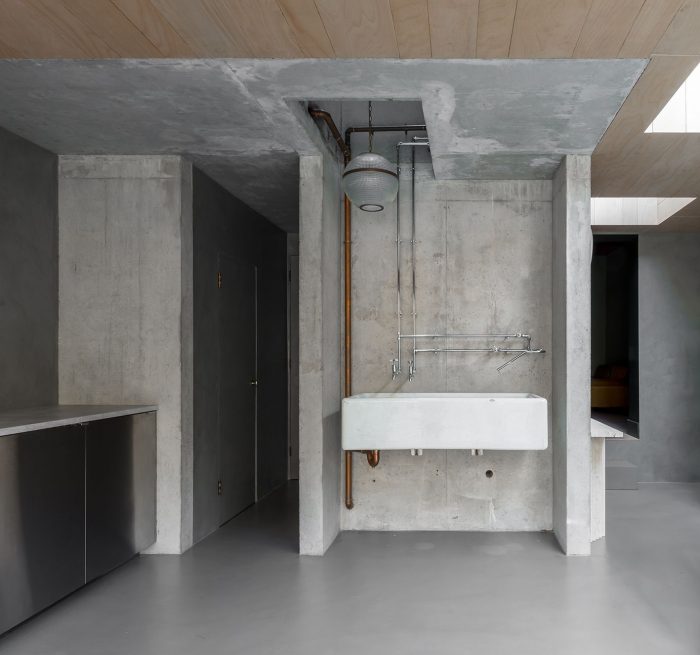 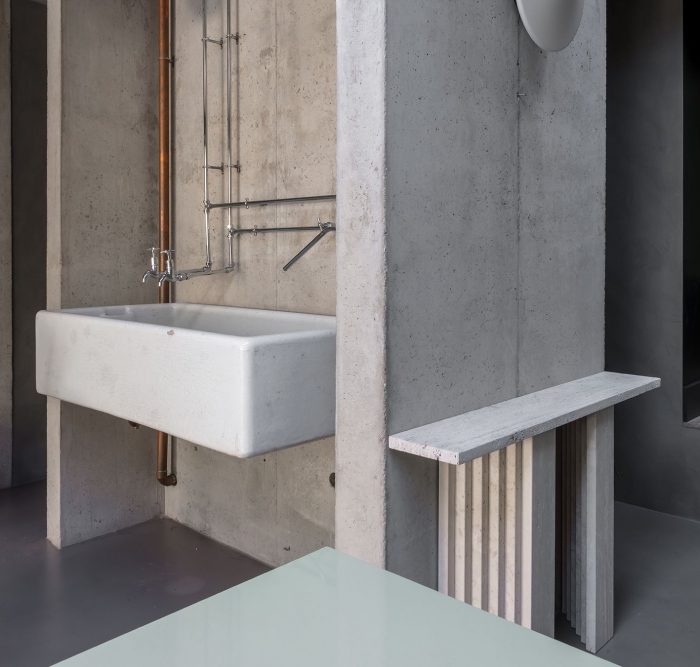 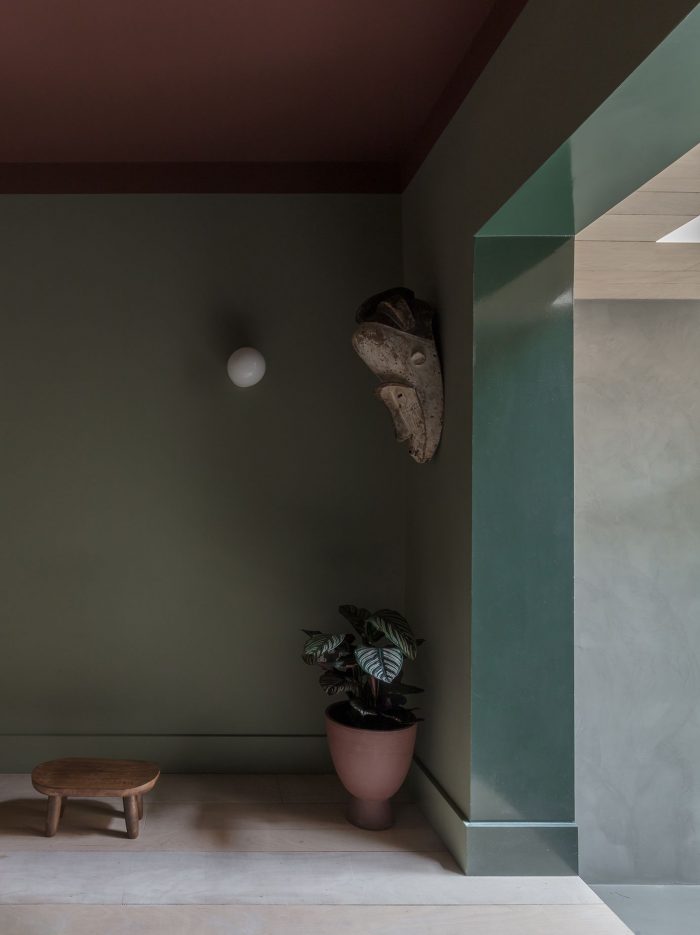 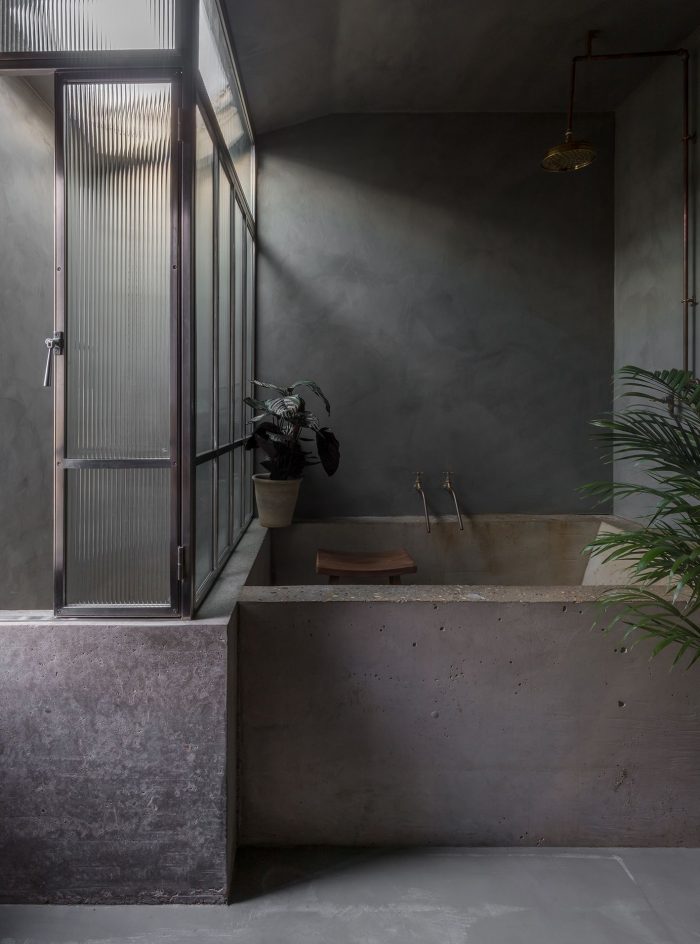 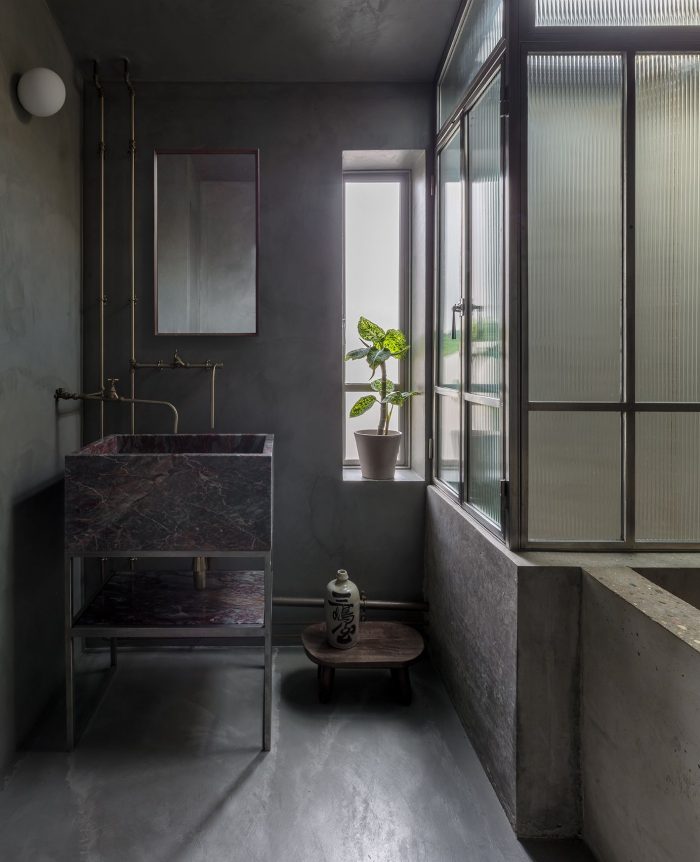 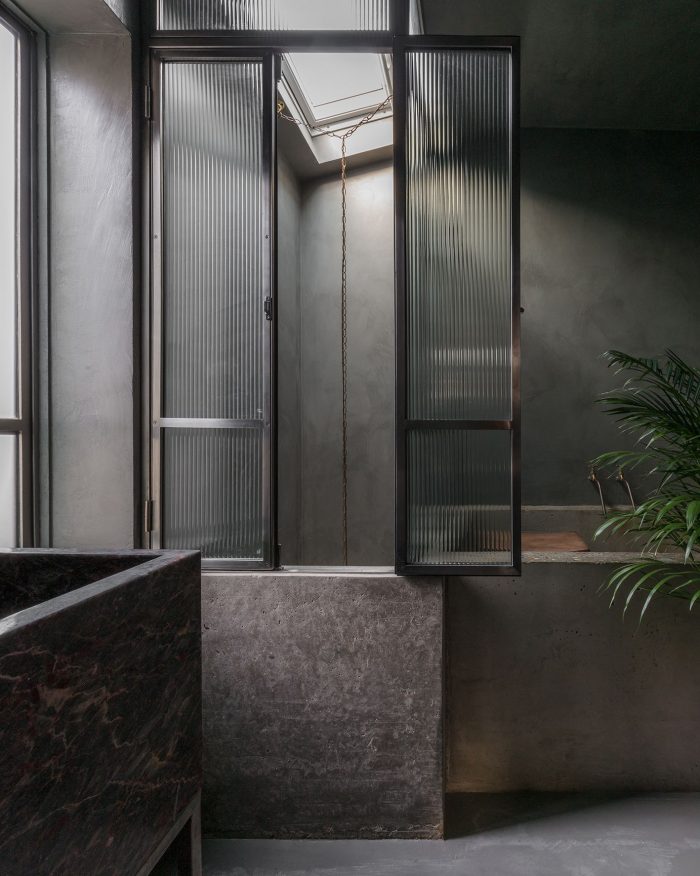