The project is located on approximately 10 hectares of urban land south of the city of Macas. Its owners use this space as a distraction from the fast-paced life in the center of the city, as well as for fish and livestock farming. 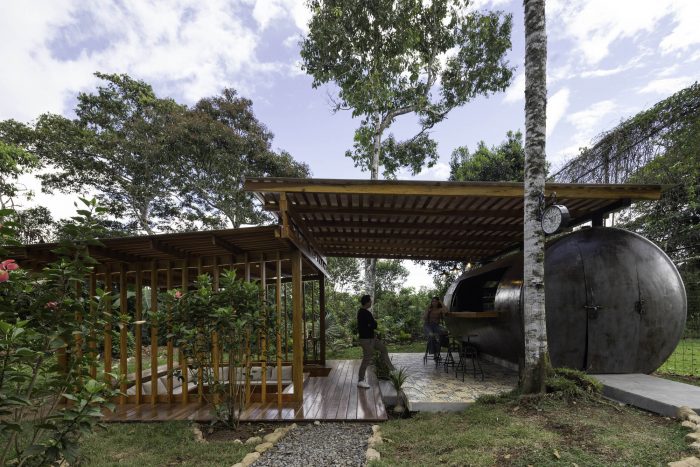 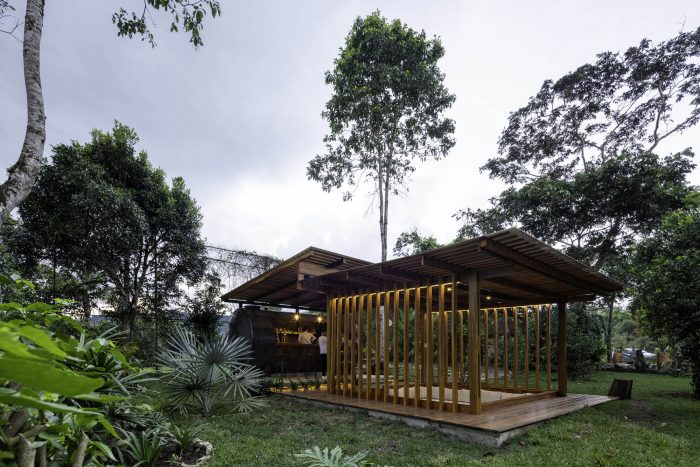 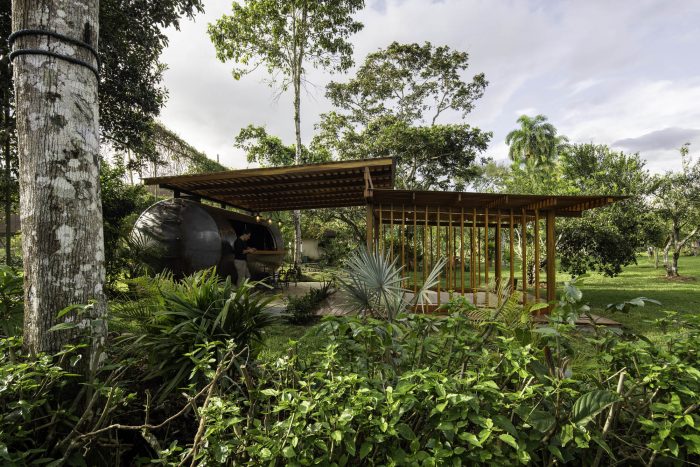 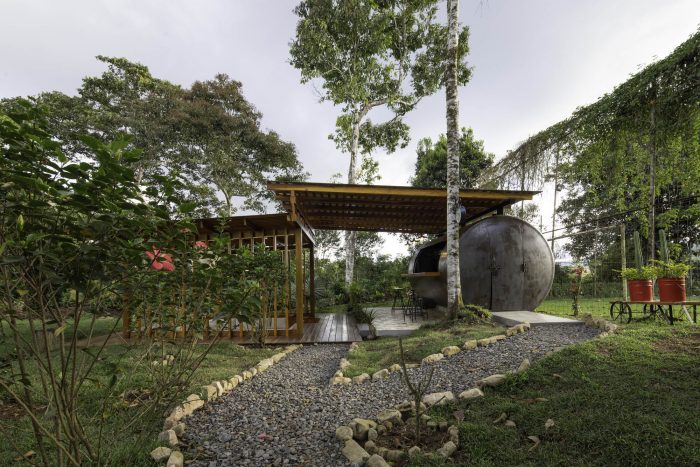 Around 2005, a water reservoir tank was purchased from an Argentinean company contracted to build the bridge over the Pastaza River, which was transported and located in the same area as the current project. Its function was to supply water for livestock and irrigation; however, with the arrival of potable water a few years later, the tank fell into disuse. 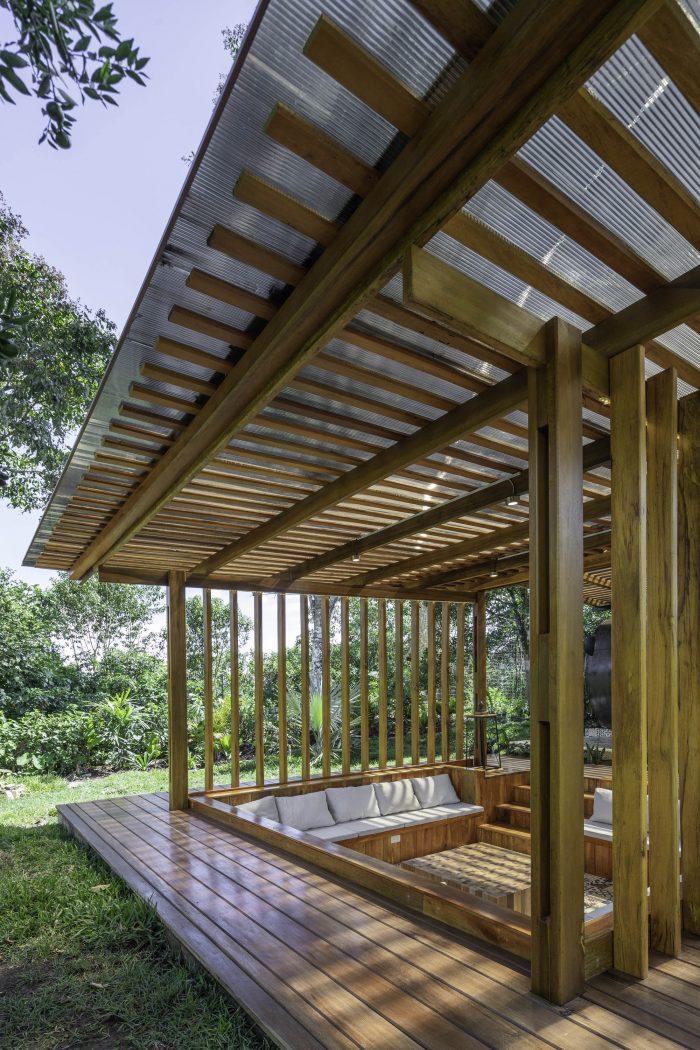 Concept. The clients sought to reuse this pre-existing structure, to convert it into space for leisure and informal use that has a direct relationship with the natural context where it can be enjoyed in the company of family and friends, being this intervention an annex of a large cabin for events and a bonfire area. 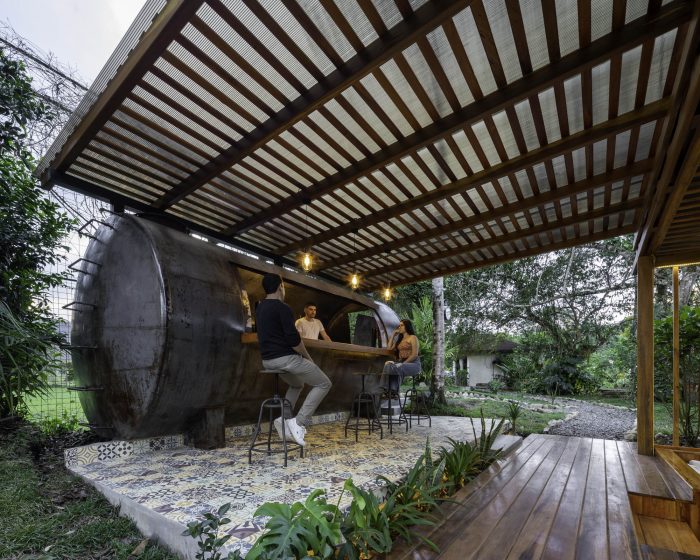 The social area consists of two spaces: the bar area located inside the tank, which was adapted to make it habitable and the living area where a sunken room is located for relaxation and connection with nature, these spaces are covered by a wooden pergola and translucent polycarbonate. 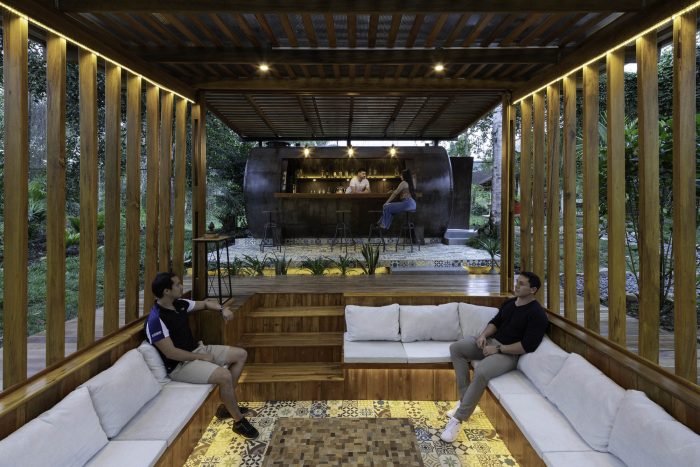 Materiality. The optimization of resources was key in the project, the owners had quality wood from the Amazon region such as Pechinche, Yumbingue, Seique, Jicopo, among others, which were used in the structure of the room, the perimeter deck, the pergola, and the shelves of the bar, thus achieving a warm and cozy atmosphere. The vertical slats function as permeable elements and frame the vision towards focal points such as the bar and the green area, giving continuity to the landscape. 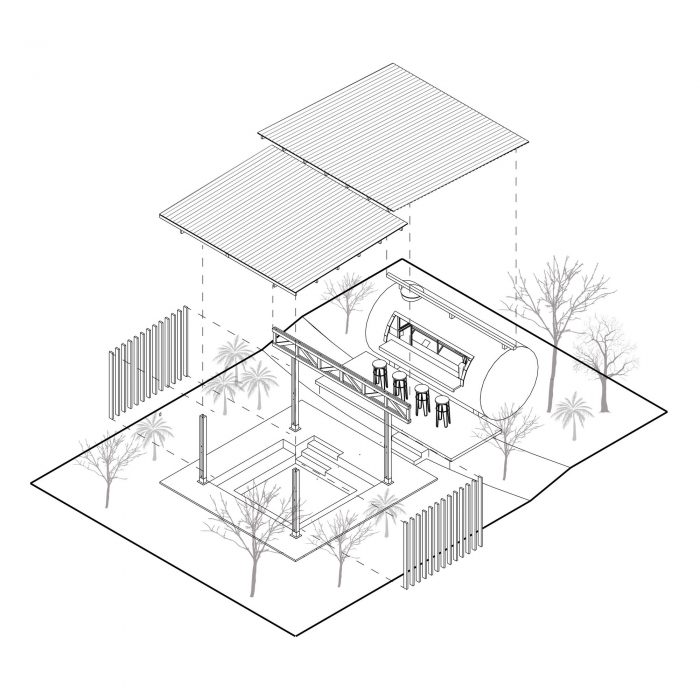 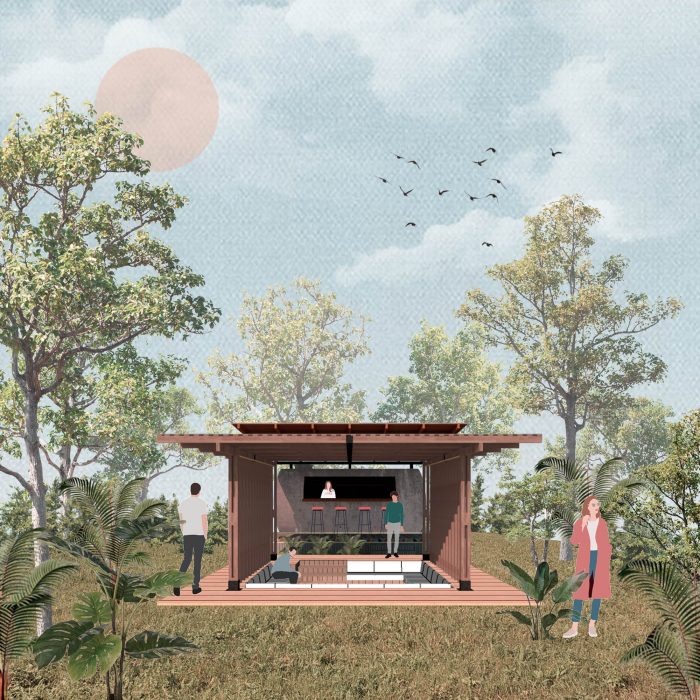 The living room and bar area are integrated through ceramic tile flooring that combines colors with organic and geometric patterns to create modern spaces with personality. One of the conditions of the design was to preserve the natural rust of the tank acquired due to its location outdoors, thus achieving the desired rustic touch. The project is surrounded by vegetation, connects with and is part of the environment, valuing the landscape and creating outdoor experiences. 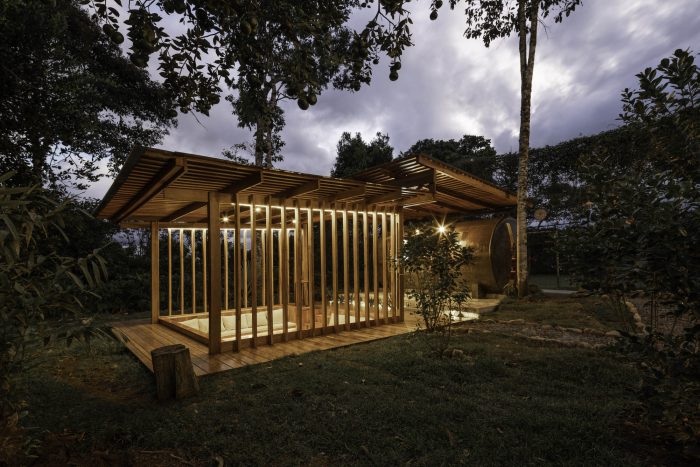 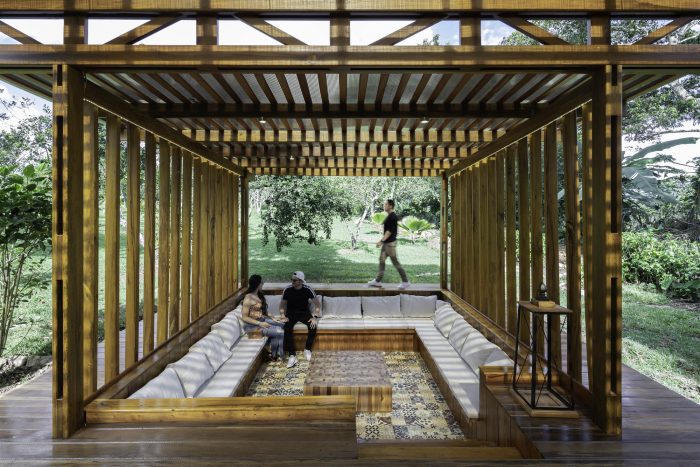 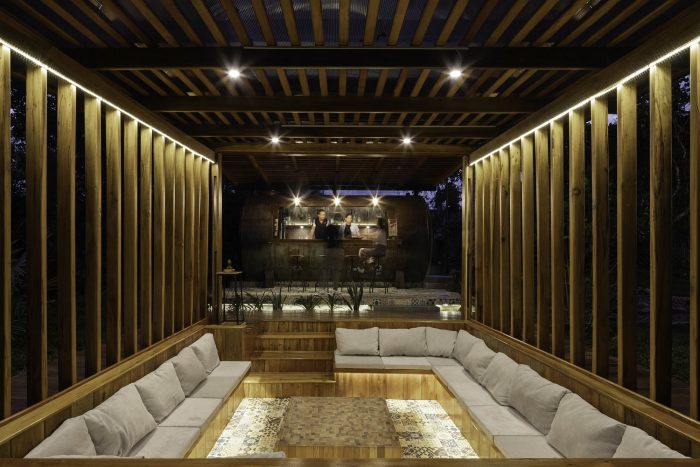 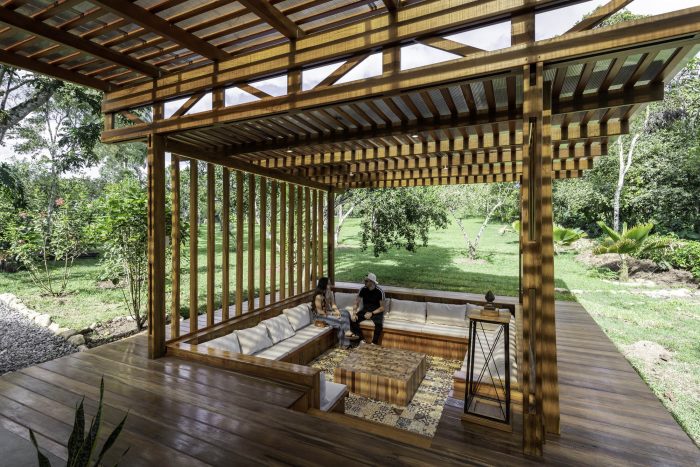 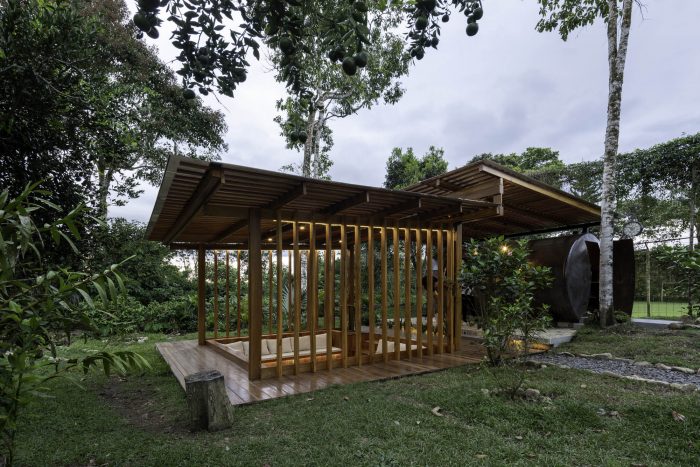 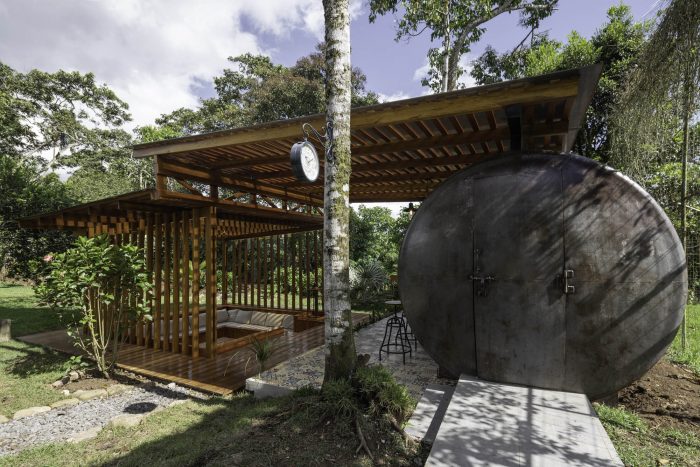 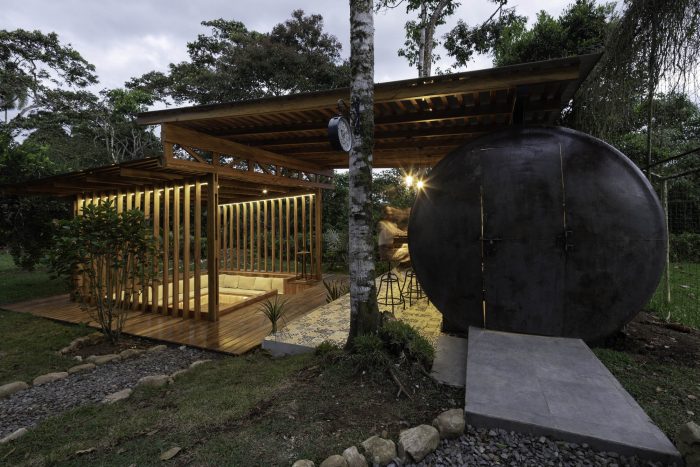 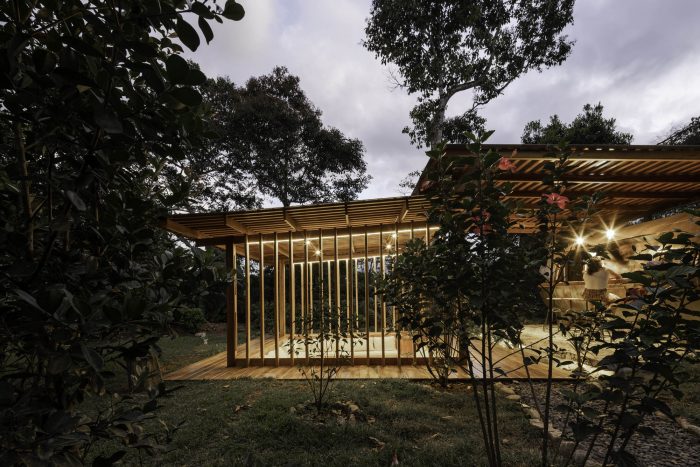 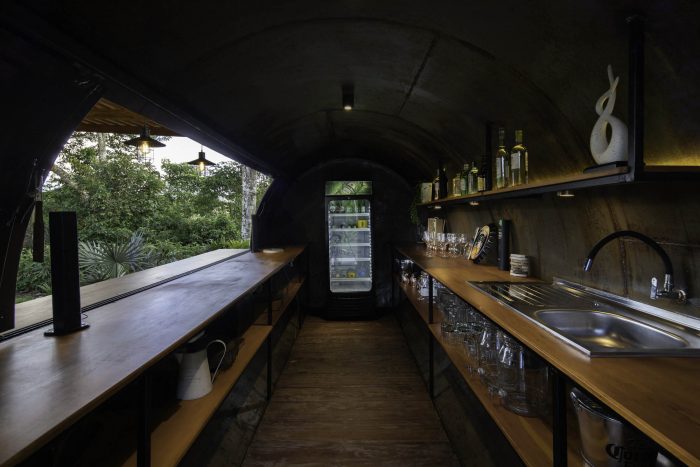 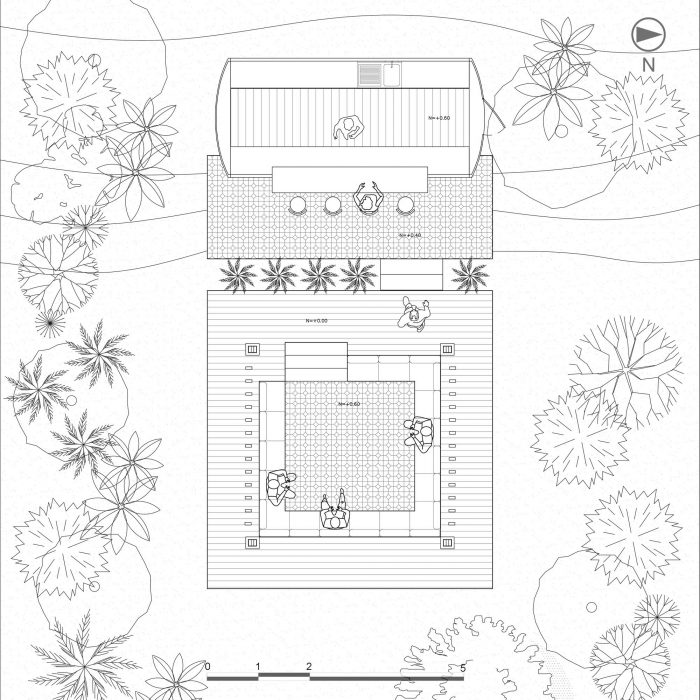 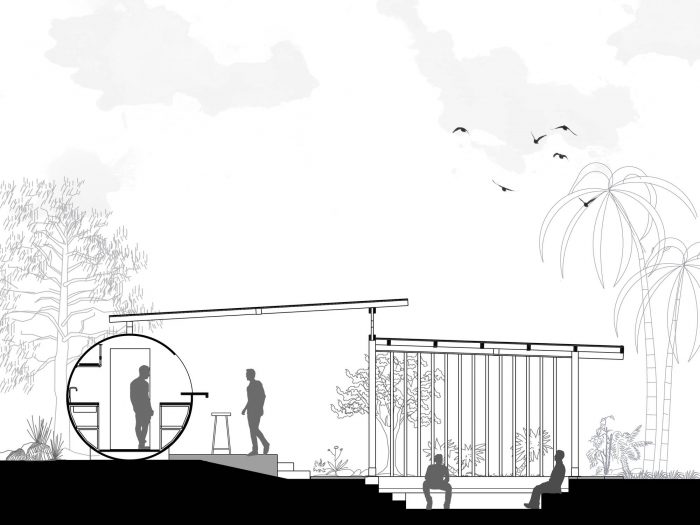 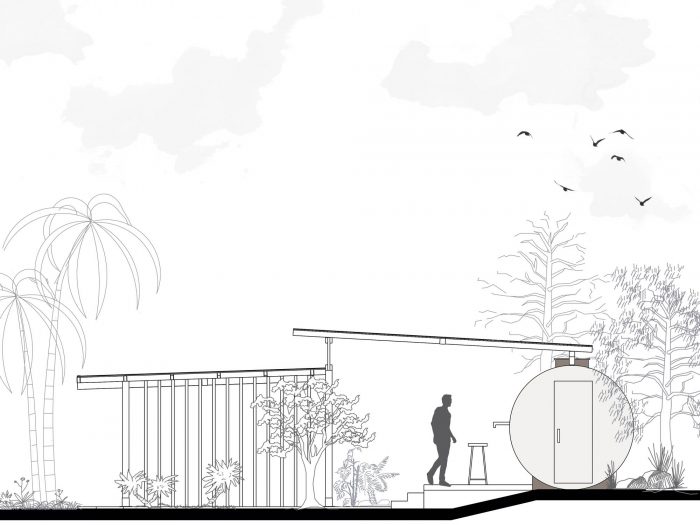 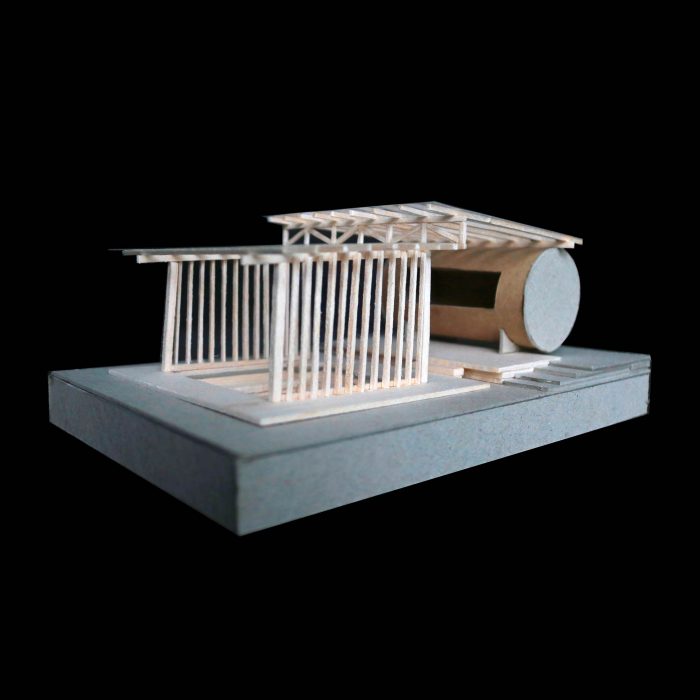